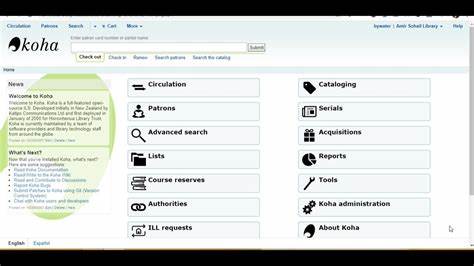 Koha is an open-source Integrated Library System (ILS) that is used by libraries of all types and sizes to manage their collections and services. It was first developed in 1999 by a New Zealand-based web development company, Katipo Communications, and has since grown to become one of the most widely adopted open-source ILSs.

Koha offers a wide range of features that allow libraries to efficiently manage their catalog, circulation, acquisitions, and patron management. It also includes modules for serials management, reporting and analytics, self-checkout and RFID integration, and web-based access to the catalog.

One of the key strengths of Koha is its user-friendly and customizable interface, which makes it easy for librarians to navigate and 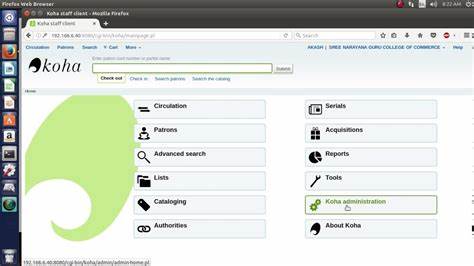 manage the system. Additionally, Koha is actively developed and supported by a global network of volunteer developers and contributors, which ensures that the software is continuously updated and improved.

In summary, Koha is a powerful, versatile and open-source library management system that can be tailored to the needs of any library. With its comprehensive feature set, Koha can help libraries improve the efficiency of their operations and provide better services to their patrons.

Koha is an open-source Integrated Library System (ILS) that was first developed in 1999 by Katipo Communications, a New Zealand-based web development company. The name “Koha” is a Maori word that means “gift” or “donation,” reflecting the open-source nature of the software.

Koha was originally developed for Horowhenua Library Trust, a library in New Zealand, as a way to replace their proprietary ILS. The software was later released as open-source under the GNU General Public License in 2000, making it the first open-source ILS to be widely adopted by libraries around the world.

Since its initial release, Koha has been adopted by libraries of all types and sizes, including public, academic, and special libraries. It has a strong user community and is actively developed and supported by a global network of volunteer developers and contributors.

Koha has a number of features that set it apart from other ILSs, including a user-friendly and customizable interface, a robust set of circulation and cataloging tools, and support for a wide range of databases and operating systems. It also includes modules for acquisitions, serials management, and patron management.

In recent years, Koha has continued to evolve and improve, with new features and enhancements being added regularly. It’s now one of the most widely used open-source ILS and supported by a large community of developers, librarians and other stakeholders. 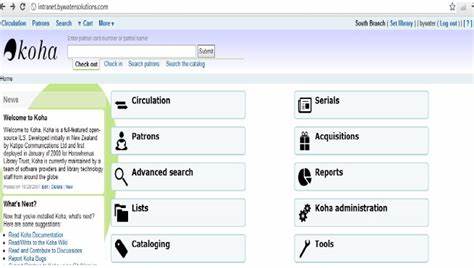 Koha is an open-source Integrated Library System (ILS) that offers a wide range of features to help libraries manage their collections and services. Some of the key features of Koha include:

These features make Koha a powerful and versatile library management system that can be tailored to meet the needs of any library.

Koha is generally considered to be a reliable and robust library management system that offers a wide range of features to help libraries manage their collections and services. However, as with any software, there are some criticisms and limitations that have been noted by users.

One of the criticisms of Koha is that its user interface can be difficult to navigate for those who are not familiar with it. While the interface is considered to be relatively user-friendly, it can take some time for new users to learn how to use all of the features and functions.

Another criticism of Koha is that it can be difficult to customize the software to meet the specific needs of a library. While Koha is 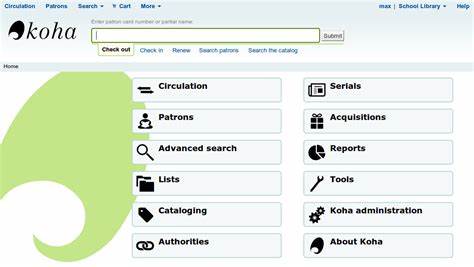 designed to be flexible and customizable, it can be challenging for libraries to make significant changes to the software without the help of a developer.

Another limitation of Koha is that it is not as widely used as other proprietary library management systems, which means that libraries may have a harder time finding support and resources compared to those using proprietary systems.

Overall, Koha is widely used and well-regarded open-source library management system that offers a comprehensive set of features to help libraries manage their collections and services. However, like any software, there are some criticisms and limitations that should be considered before implementing it. 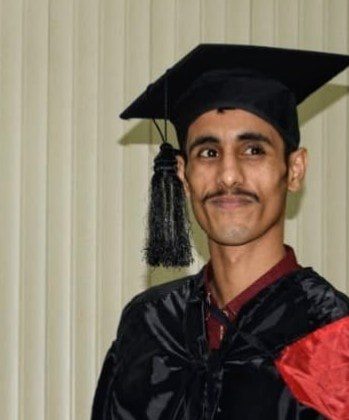